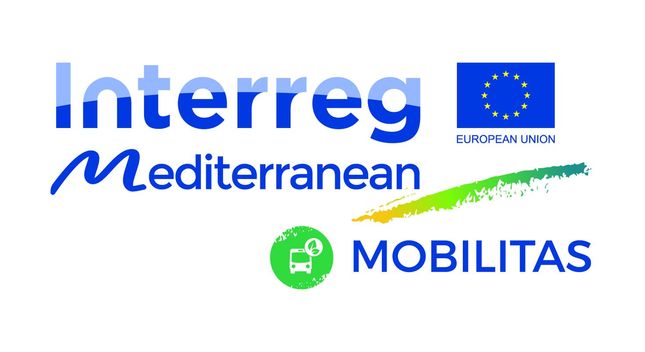 Emissions from the transport sector in Europe are not being reduced as was hoped, so the impacts on the environment and climate are not improving much.

Emissions from the transport sector in Europe are not being reduced as was hoped, so the impacts on the environment and climate are not improving much.

In the last three years, greenhouse gas (GHG) emissions from cars, trucks and airplanes have further increased, starting with the average CO2 emissions for each new car.

The transport sector remains a significant source of air pollution, especially of particulate matter (PM) and nitrogen oxide, as well as being one of the main sources of noise pollution. To state that, is the latest analysis of the European Environment Agency (EEA), based on the TERM indicators (Transport and Environment Reporting Mechanism) and collected in some official documents (1).

Among the possible solutions to these problems, there is also a greater use of electric mobility, powered however by renewable sources.

The framework traced by the EEA , in which the effects on health and the environment of a mobility still based on oil consumption, is manifesting itself in all its greatness: 400 thousand premature deaths every year in the European Union alone due to atmospheric pollution (90 thousand of them in Italy, with 17 Italian cities among the 30 most polluted in Europe), GHG emissions from transport constantly increasing, 100 million people exposed to the noise of cars, heavy vehicles and planes, the use of dominant diesel throughout the old continent (67% of all fuels sold in 2016).

The TERM indicators developed by the Copenhagen-based agency are clear and warning: despite the increased efficiency of circulating vehicles, urgent action is needed to improve air quality as quickly as possible throughout the EU.

The transport sector, according to the EEA report, remains mainly accountable for CO2 emissions which, after decreasing steadily between 2007 and 2013 (due to an economic crisis that hit most of the Union), have started to grow again year by year. Those ones taken into consideration by the EEA are caused by air and road transport, the latter responsible, according to the Agency, for an impressive 82% of GHG emissions linked to the world of transport and one fifth of the European total.

The emissions of greenhouse gases from aircraft (international flights), more than doubled from 1990 to the present, in 2017 were almost 30% higher than in 2000. Transport emissions in general, have instead increased in each of the last five years (2013-2017) by an average growth of over 2%.

The consumption of fossil fuels must be reduced, being it a challenge still open. "Transport remains very dependent on oil, with the fuels it produces representing 95% of the final energy consumed in the sector", emphasizes the EEA: "Road transport plays the main role in the consumption of petroleum-derived fuels, with 77% of all used in the EU in 2016. "

To dominate the old continent, diesel, whose use in road transport has steadily increased between 2000 and 2016, from 51% to 67% of all fuels sold on European roads.

"Oil consumption in transport will have to decrease by more than two thirds to reach the goals of a 70% reduction by 2015," explained the EEA. To do so, "Member States must reach 10% of renewable energy consumption in the transport sector within 2020".

"Increased use of electricity from renewable sources in the transport sector would reduce the pressure on biofuels to reach EU targets of 10%," the EEA always revealed in a 2017 study.

In other words, more electric vehicles (BEVs) are needed, powered by electricity produced from green sources, as a "key component of the European mobility system" to help reducing climate impacts and air quality: "The life cycle emissions of an electric vehicle powered by electricity generated from renewable sources could be almost 90% lower than an equivalent half with an internal combustion engine (ICEV) ”, specifies the EEA.

But how are sales of electric vehicles in the EU going? "Electric cars are slowly penetrating the European market. The BEVs were about 0.6% of all new cars sold in the EU in 2017. This is a 51% increase in just one year, "explains the Agency: Most Member States have introduced financial incentives for the purchase of electricity powered vehicles and are encouraging consumers to choose cleaner vehicles.

It is not all so bad, in short. Both for the efforts of some EU countries in facilitating emobility, and because some types of pollutants (SOₓ, NOₓ, PM) have diminished thanks to the introduction by the European Union of new rules on the quality of fuels and new “Euro” standards for internal combustion engines and the use of cleaner technologies: a series of initiatives that have led to a reduction in emissions in all types of transport. Except for the aerial one, where for the advent of the electric one will have to wait even more.

What can be done to increase the use of electric vehicles:

- There may be reductions on vehicle circulation taxes

- States can usefully discourage, or even better penalize, vehicles fueled with more polluting fuels (diesel, and others)

- Municipalities can increase the network of charging stations for electric cars

- Public administrations must replace their fleet with electric vehicles

- The fleets of public transport vehicles must, over time, adapt to the power supply

Finally, it must be remembered that electric vehicles solve the problem of air pollution, especially in the local area, as there are no emissions, at least in relation to power supply. But they do not solve the question of traffic and the occupation of space, also in relation to the most valuable areas and the danger of road safety.

- Appropriate taxes and incentives do affect purchases of new cars  - 2018

All news
Back to top